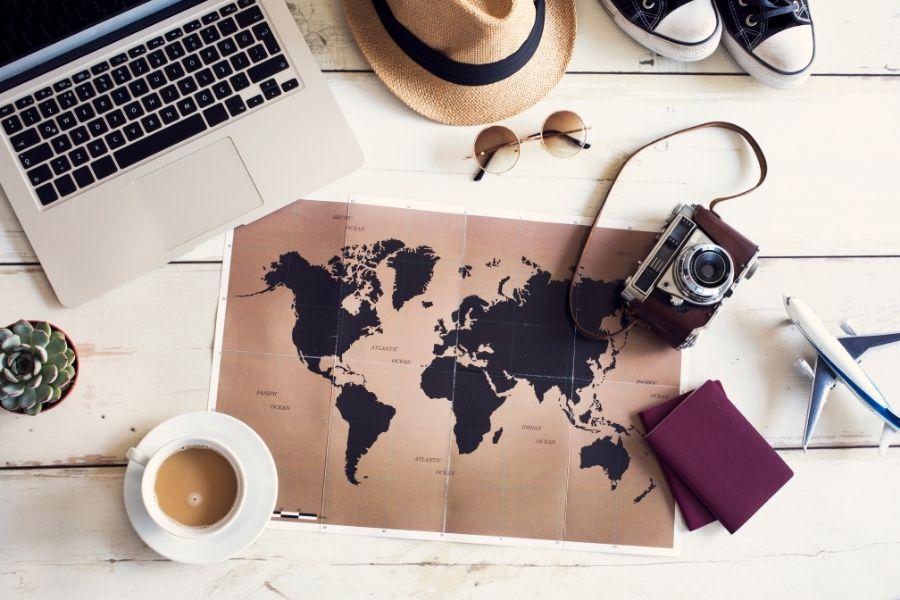 Group travel is inherently complex. Unlike buying a single airline ticket, group airfare has multiple stages, and unique rules. Most airlines have a similar contract structure. But there is a lack of a unified operating system (OS).

I envy the companies who sell a single flight or hotel room online. Their lives are easy. Display shopping results, let the user select what they desire, put in payment, and take the seat or room out of inventory.

The transaction is just like buying a gallon of milk from your local supermarket. Pick out the milk, pay for the milk, the milk is yours!

Buying things in bulk is inherently complex. Suppliers like selling in bulk because it reduces risk. And bulk buyers usually purchase far in advance of the retail shopper.

This construct tracks nicely to group airfare. But it also sets up a world that is more complex. Let’s dig into the mechanics of group air travel with a hypothetical example of a school teacher named Mary.

If Mary were shopping flights for 50 of her students, she would have to get rates and availability from each airline. When Mary is ready to secure the space, a series of steps ensue, all of which are designed to delay payment and allow for the group organizer to hold the space and organize her group.

After Mary picks a set of flights that work, she is sent a contract to sign and send back to the airline. This is done before money exchanges hands. And it is usually done over email (no Docusign even).

Then, within 14 days, Mary will owe a $50 per passenger deposit to the airline. In the old world, she would have to phone in that payment.

Once Mary places her deposit, her space is confirmed. But she still have many more steps before she receives her tickets.

At 90 days prior to travel, Mary passes a milestone called utilization. Up until this point, she could have canceled and received all her deposit money back. Refundability is one of the cool benefits of group airfare.

Once she is inside the 90 day utilization period, her deposits become non-refundable.

45 days prior to travel, Mary needs to compile a list of travelers going on the trip. When you buy a single ticket, you need to put a name, date of birth, and gender on the ticket before purchase. In group airfare, you can hold the space and submit the names later.

Group airfare has multiple stages, all of which span months. And most airlines follow the same general structure:

However, at this time, these are loosely held norms. Each airline has unique wrinkles to its policies. And to compound the problem, group programs are administered offline.

The lack of a digital, global group operating system means airlines lose revenue opportunities as well as chances to build closer relationships with their customers.

A good example of lost revenue from the airline perspective circles around seat selection.

Since there is no group OS, at scale, there is no way for a group customer to pull up their flight, and upgrade to a different seat post ticketing.

The #1 request we field from group customers concerns seat selection. Groups want to be able to log in, and select their seats.

And group customers will pay anywhere from $29 to $59 to select their seat (often to sit with their friends).

At scale, the lack of a Group Airfare OS leaves millions of dollars of pure margin on the table for airlines.

From the customers perspective, it is a better shopping experience when there are standard contract terms. For example, some airlines have their utilization date set at 90 days prior to travel. For others, that utilization date is set to 60 days.

And to further the complexity, since group airfare is done offline, it's up to the customer to remember these dates. Group customers don’t share the same online messaging norms that retail customers enjoy (push notifications via an app, sms text messages, email reminders, etc.)

New airlines don’t bother establishing group programs from the start because of complexity. It takes a lot of institutional knowledge just to set up contract structures, fares types, and terms & conditions.

The bottom line is, for industries that operate offline, there are mass inefficiencies. And the airlines themselves are not best suited to create a global OS for group airfare. Often, airlines operate in silos.

Over the past few years, our team has seen the customer confusion and the airline inefficiencies. During COVID, our team built the foundation for a group airfare operating system with our launching of Bacarai.

While there is still a lot to be built, the foundation is strong. Customers can shop group schedules and rates side by side. Bacarai automates all of the stages of the group trip life cycle. From signing the contract, to paying the deposit, to ticketing, we’ve turned the entire experience from analog to digital.

Over the course of the next decade, we hope to deepen our relationship with airline partners, travel agencies, and group customers to build a future infrastructure that allows for innovation, cost savings, and greater efficiency across the globe.

Apple arguably has a better app experience and has built the world’s most valuable company on the back of crafting an operating system and set of standards that protect users while simultaneously ensuring a positive experience in the ecosystem.

There is an obvious void to be filled in the group travel world, and we intend to fill it.

Togetherness is in the DNA of group travel. In the spirit of being part of a collective, we hope to build the future of group travel together, with industry stakeholders.

If you’d like to innovate in the space with us, please get in touch! Let’s build the airline group OS of the future, together.

Made with care by Bacarai